Eve Update: While there were fun waves still coming in the evening they were few and far between. Offshore groomed conditions all day getting smaller and more inconsistent as the day went on. Bad news is that the Army Core of Engineers are prohibiting entry to the beach. Photo pages coming

11:30am Update: A little red tide and the Army Core of Engineers not wanting us to walk on the beach but super fun clean waves in the waist high range. Pretty consistent chest sets early. A little lully as the tide gets higher at 1pm but still super fun. Get out there cause the east wind gonna flatten it out.

7:15am Surf and Weather Report: We have some waist high sets with a chilly north east wind. The east wind is supposed to pick up, and beat the waves down so I’d get on it sooner rather than later. You’ll have to do the rock walk at south jetty as the beach access is kinda blocked off. Low tide at dawn. Water temp 77 but the air temps a little icy.

South Jetty beach access from the parking lot is closed for a month because of dredging, unless you walk over the rocks. One of the workers told me that it should take a month and they’ll be dredging the intracoastal waterway moving toward and around snake island. Indepth Surf Forecast Update.

Check out this wild story sent in by Brenton:

Venice Florida Fishing Report weekend of Nov11: Your Venice Florida fishing report for today is: The fishing has been insane. The bait has still been thick, the reds are in, the snook and snapper are biting like crazy. Pompano have been off and on. Go fishing guys. Offshore fishing is great right now too. FWC makes snook, redfish temporarily catch-and-release only in areas affected by red tide. Self-guided kayak fishing available at Jetty rentals at the North Jetty on the south end of Casey Key. 941-525-0117. 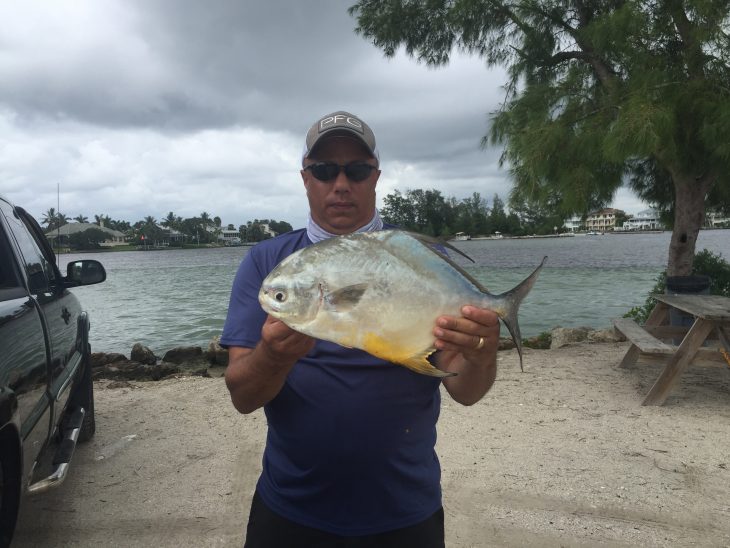